How Layers of Complexity Can Ruin Your Business

I’ve found that shortcuts work a lot better after you have some personal experience going through the time and effort part. Logically, most entrepreneurs accept this. Emotionally, it can be quite a different story.

When that doesn’t happen, the “time and effort” reality often goes out the window in favor of another kind of reality. One that isn’t reality at all. 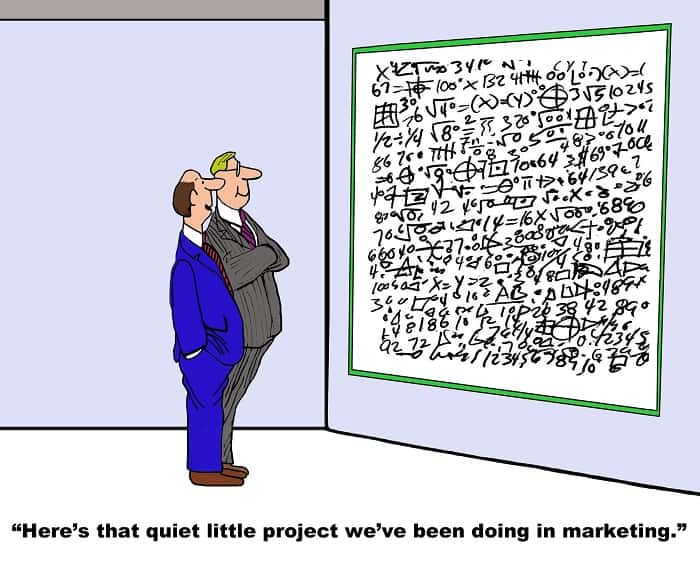 Are Others Passing You By?

When first starting my business back in the 1990s, I was confronted with two “realities.” The first was, it was going to take some time and effort to learn my craft and successfully navigate the online world.

The second reality was that I was at a disadvantage because my competitors knew certain secrets and marketing techniques that I didn’t. This knowledge enabled them to get twice the return with half the effort. This “hidden knowledge” seemed to be the Holy Grail of the time.

It was just within my reach… and then it wasn’t.

It feels really good to be writing about this 20+ years after the fact. Looking back, it’s easier to understand now that skilled salespeople were telling me exactly what I wanted to hear. They’d been doing it for years. It always felt like the competition was passing me by. In some cases this was true. But, they weren’t passing me by for the reasons I thought.

Truth be told, they were passing me by because their efforts were focused, they had invested more time, and had invested more money. From my current vantage point, it’s easy to see this now for what it was – in black and white with all the gray areas removed.

Businesses with Many Moving Parts

Earlier versions of my business had a lot of moving parts. It was the polar opposite of what I have today. Back then, the problems and challenges I had seemed to be overly complex. They seemed (or perhaps felt would be a better word) at times like they were insurmountable.

I bought systems, software, hardware, machines – you name it. All these various parts were pieced together. Everything took time, energy, and money to maintain.

I worked a lot of long hours back then.

In retrospect, I felt like I had little choice. I was fighting too many battles on too many fronts. I’d stretched my resources, both internal and external, way too thin.

On top of all that, I felt a growing discontent with what I was doing and with the industry in general.

Over the years, added layers of complexity have threatened my profit margins more than almost anything else. Rolling back the tape, it’s a lot easier now to understand why I made some of the decisions I did. For example, I grew up around successful Solopreneurs and Entrepreneurs. I learned “their way” of building and growing businesses. By the time I was in my teens, I’d adopted a “grass is greener on the other side” outlook on things.

What did I learn from this experience? I learned that – “Whatever you build, you have to maintain.”

The bigger, better, faster, cutting-edge approach is an expensive, all-consuming one. It’s exciting and it’s exhilarating… until it isn’t. When you’re in it, a year will pass like six-months. Each layer (products, services, systems, tech, investment, etc.) seems to bring with it the promise of growth, income, and progress. It’s easy to become blinded to the maintenance and upkeep costs.

At the end of the day, I understand that everyone’s wired a little bit differently. What’s a bad fit for me might be a good fit for you. Every business has its own set of pros and cons. So, the only question that matters is, “What’s right for you?”

The Solopreneur approach doesn’t mean you’ll do everything yourself. It means you’ll limit your focus to fewer things. The final result is – you’ll be doing those things better than most.

In the beginning, you may find yourself wanting to sell digital services, maintain a blog, build a Facebook and LinkedIn presence, publish an eBook, build a mailing list, sell a course, etc.

The options are endless. It’s easy to do a little bit of everything as inspiration comes and goes. A year from now, you’ll end up with a lot of things partially completed.

Even so, it’s not a total waste. In the above scenario (which is more common than most think), you can still go back to these projects one by one and see them through to completion. Client projects aside, you can also build at your own pace.

Here’s the thing, if someone advises you to focus on one thing until it’s done, you’ll probably agree (but end up doing the opposite). If they say it’s ok to work on whatever you feel like working on (as long as you’re working on something), it’s still better than doing nothing at all. Who knows, maybe you’ll even find your unique work rhythm that way? Stranger things have happened.

However you look at it, there are only so many hours in the day to get things done. It’s like filming a movie on a limited budget. You have to think creatively and work with certain limitations.

That’s why I encourage you to really think it through and choose your battles wisely. The more energy and focus you can bring to any single project, the better.

There’s good news. You can fix whatever’s broken. If you’re stuck, sometimes you can make more progress by removing things instead of adding them. That’s what I did. In some cases, you can combine multiple activities into a single activity. In other words, you can do more with less.

It’s like moving to a smaller residence. Some things you sell, some things you give away. Other things get thrown into the dumpster.

You leave things behind to get a fresh, clean start.

You can do the same in business.

Examples from My Own Business

Still, some things are hard to let go of even though you know you should. In my mind, I saw this situation as me no longer competing in the market at the highest level. That’s what change represented to me. It was a form of failure.

During this time, I reinvested a lot of the money I made back into the business again. Unfortunately, most of that money ended up adding “bloat” and not real value, sustainable value to the business.

I added additional products and services to mix. That in and of itself is fine, but I didn’t have the resources, time, or energy needed to promote those services correctly.

Nothing really sells itself. Just making something available isn’t enough. That, perhaps, is the greatest lesson of all. It’s easy to add new products or services to the menu. It takes time, effort, and money to promote those things, though. You need a plan.

So, that’s what I did. I changed my plan and redesigned the overall strategy. Instead of focusing so much on promoting products, I gradually started shifting the focus to the personal brand marketing approach. Personal brand marketing (labels aside) is nothing new. It’s been around for well over a hundred years.

A Quick Guide to “Marketing Yourself” Without Attracting a LOT of Criticism.

Let me conclude by talking briefly about the process of marketing yourself. If you’re the quiet type, the idea of being highly visible may not exactly appeal to you. You’ll attract the kind of negative attention you’d probably rather do without. But, there are things you can do to keep that to a minimum. A lot of my WordPress friends publish technical tutorials on YouTube. It’s a simple, effective way to increase visibility.

Just about all of them share their opinions without coming across as “opinionated.” That’s a skill, believe it or not! And not everyone has it. If you come across as being opinionated, you’ll turn a percentage of people off. That said, you may also attract the more fervent personality types.

Depending on your background and life experience up until now, you may not give two sh*ts about what anyone thinks about you. The downside to this position is, you will push away groups of people who would otherwise benefit from being connected with you (and/or your brand).

Having a little empathy towards others can go a long, long way in business as well as in life in general.

You can take a look at certain industry leaders and create a long list of what you like and what you dislike about them. Then, just avoid each of the things you don’t like with your own approach to marketing and content creation.

If you don’t like it when people talk about how much money they’re making, then avoid doing the same yourself.

If you hate flashiness, avoid it.

There are things you can do to avoid coming across as being disingenuous.

Still, some people will side against you for reasons you may never understand in this life. Be okay with it. Make the best of it… and don’t let the opinions of others stop you from building a better business and life. Thanks for reading.

Jim Galiano is an Internet consultant, web developer, author and podcaster who started doing business online in 1998. His consulting, marketing and publicity services have been used worldwide since 2002. Jim has been interviewed by a variety of media sources including the Wall Street Journal and CBS News in New York.

Jim Galiano is an Internet consultant, web developer, author and podcaster who started doing business online in 1998. His consulting, marketing and publicity services have been used worldwide since 2002.